Is There Asbestos in Talc Powder?

While over 4,000 women have now filed lawsuits over the link between talcum powder and ovarian cancer, unsealed court documents suggest that mesothelioma patients may also have a case against Johnson & Johnson.

Were you or a loved one diagnosed with mesothelioma after long-term exposure to asbestos? Contact us today to speak with a Mesothelioma Lawyer.

Litigation Status: Active
Accepting Clients: Yes
Content Author: Laurence Banville
Edited By: Emily Smith
Published: 1010/0404/17171717
Fact checked on: 1010/0404/17171717Resources Cited in this Article
DO YOU QUALIFY?
(877) 671-6480
"The lawyers that form this alliance truly work on these cases and often take leadership positions on the steering committees that litigate them." - Laurence Banville

Mesothelioma is an aggressive form of cancer caused by only one known factor: exposure to asbestos, a natural mineral used for decades in numerous industrial applications and which is still widely used today.

Modern TV ads about asbestos in talcum powder have done a proper job of informing the public of the dangers. However, in past decades, the health risks of asbestos were not only unclear but often obscured by conflicts of interest.

During the 1970s, a growing body of medical evidence came to confirm the link between asbestos and mesothelioma, leading to widespread changes in industry and thousands of personal injury lawsuits.

New reports, however, suggest that one industry may not have exercised an appropriate level of vigilance in stamping out asbestos exposure. Court documents unsealed from the ongoing talcum powder litigation have cast doubt on Johnson & Johnson’s decades-long claim that asbestos fibers have “never” been found in the company’s talc supply.

Now, a growing number of lawsuits have implemented these recent reports to make a series of shocking new lawsuits. Mesothelioma patients are now stepping forward to claim that their cancers were caused by years of talcum powder exposure. One of these lawsuits, filed on behalf of 50 women claims that Johnson & Johnson body powders at one time contained trace amounts of asbestos – and may still be contaminated, Insurance Journal reports.

While this evidence has just been revealed, legal observers believe that thousands of other mesothelioma patients may be able to join the talc litigation and pursue their own claims for compensation. The new documents have also come to impact the still-growing ovarian cancer litigation.

A newly-proposed theory of liability has linked asbestos exposure, via contaminated talcum powder, to cases of ovarian cancer. In fact, this new theory, which has linked ovarian cancer to asbestos exposure, was instrumental to a recent jury verdict in which 22 ovarian cancer patients and their families were awarded nearly $4.7 billion in damages. The women founded their claims, at least in part, on the contention that Johnson & Johnson’s talcum powder products contain trace amounts of asbestos.

A number of these cases have already gone to trial – with major victories for plaintiffs. At the time of this writing, cancer patients and their loved ones have been awarded more than $5 billion in financial damages, arguing that Johnson & Johnson’s talc-based body powders – allegedly contaminated by asbestos fibers – have caused countless cases of ovarian cancer and mesothelioma.

On Wednesday, April 11, 2018, Johnson and Johnson and talc supplier Imerys SA were ordered to pay $117 million in compensation to a New Jersey man who developed mesothelioma after using talc-based body powders. $80 million of the award were awarded as punitive damages. The plaintiff, a New Jersey banker, was granted $30 million in compensatory damages, while his wife received $7 million.

In California, a jury for the Los Angeles Superior Court ordered Johnson & Johnson and three of the company’s talc suppliers to pay $25.75 million in damages to a couple who claimed decades of talcum powder had led to pleural mesothelioma, a life-threatening form of the cancer in the lungs and chest.

The jury’s verdict, announced on Wednesday, May 23, 2018, includes $21.75 million in compensatory damages and $4 million in punitive damages, CNN reports.

In the largest ovarian cancer verdict yet, a jury in a Missouri state court awarded 22 women and families a total of $550 million in compensatory damages, along with $4.14 billion in punitive damages, the New York Times reports. The case was filed by ovarian cancer patients, along with grieving loved ones, who accused Johnson & Johnson and talc supplier Imerys Talc of concealing the fact that the company’s talc-based body powders are contaminated with asbestos.

After six weeks of trial, the jury affirmed the allegations of plaintiffs, awarding them nearly $4.7 billion in financial damages. Johnson & Johnson has said it will appeal the decision, but the case’s verdict is a strong sign that juries in America are ready to hear arguments based on the alleged asbestos contamination of Johnson’s Baby Powder and Shower-To-Shower products.

Perhaps even more important, the case involved ovarian cancer patients, not mesothelioma patients. While recent asbestos-related cases have overwhelmingly involved mesothelioma, this newest verdict indicates a new direction for the ever-growing talcum powder litigation, in which the vast majority of claims relate to ovarian cancer.

In the natural world, talc and asbestos often occur alongside one another. Thus, in mining talc, companies would frequently draw some asbestos out of the earth, too. This was a major problem in the 1970s, when the public was just learning about the serious health hazards of asbestos, because some talc-based consumer products were still contaminated with asbestos.

Most talc suppliers, though, did the right thing. In fact, the majority of talcum powder manufacturers in the United States switched to cornstarch, a safe but effectively equivalent product for treating diaper rash and feminine hygiene. Johnson & Johnson, at least for the company’s two most popular baby powders, did not. Johnson’s Baby Powder and Shower to Shower are still made from talc, a fact that has caused major controversy in recent years.

Citing over four decades of medical research, a wave of patients and families have filed suit against the global health care giant, arguing that their frequent use of talc-based body powders played a big role in causing ovarian cancer. At least five women have already won significant financial compensation, mainly in trials held in a Missouri State court.

To date, ovarian cancer patients have been awarded over $700 million in damages by St. Louis and California juries, with more than 4,000 other talcum powder lawsuits yet to reach a courtroom. Adding the most recent talc verdict, in which 22 women were awarded nearly $4.7 billion, a case premised on claims of asbestos exposure, the total amount of compensation awarded in these trials now exceeds $5.4 billion.

The talcum powder – ovarian cancer litigation has had a shocking side effect. In a series of corporate memos, Johnson & Johnson officials appear to acknowledge in the 1970s that traces of asbestos had been found at talc mines in Vermont and Italy, both of which supplied the company. Meanwhile, Johnson & Johnson executives were training employees to tell the public and medical professionals that asbestos had “never been found” in the company’s talc products, the Chicago Tribune reports.

At a mine in Windsor, Vermont, the director of research and development wrote in 1974 that “citric acid” should be used to “depress” the level of chrysotile asbestos found in talc drawn from the property.

Beyond acknowledging that asbestos fibers had been discovered at the site, the official also conceded that asbestos presented a significant safety hazard: “the use of [citric acid] is strongly urged by this writer to provide protection against what are currently considered to be materials presenting a severe health hazard and are potentially present in all talc ores in use at this time.”

Remember, this memo was written in 1974.

Another unsealed document shows that Johnson & Johnson officials were aware even earlier that asbestos fibers could be contaminating the mine’s talc supply. A 1973 company report says that government officials were working with the mine’s administrators to test the Vermont-extracted talc for asbestos.

Apparently, these tests had turned up troubling evidence. As the memo’s author writes, Johnson & Johnson’s talcum powder products “contain[…] talc fragments classifiable as fiber. Occasionally sub-trace quantities of [asbestos] are identifiable and these might be classified as asbestos fiber.”

One company worker, the memo continues, even suggested switching to cornstarch to eliminate the possibility of providing consumers with asbestos-contaminated talc.

Across the Atlantic, a similar set of problems were cropping up for Johnson & Johnson in Italy. An Italian talc mine in Val Chisone, a valley on the country’s eastern border with France, was telling people that trace amounts of asbestos had been found in the mine’s product. That, in the words of one Johnson & Johnson’s research scientist was a “business threat.”

Johnson & Johnson bought talc from the mine, but the mine’s owners had started publicizing the discovery of asbestos in a 1974 marketing pamphlet. Johnson & Johnson stepped in to stop the pamphlet from getting out, pressuring the Val Chisone mine to withdraw an English language version of the booklet. Admitting to asbestos contamination, as a Johnson & Johnson official wrote, could “raise doubts on the validity of the documentation of purity and safety of talc.”

That documentation, other unsealed court documents show, included a purity test beginning in 1972 that had never found traces of asbestos in the company’s talc. Johnson & Johnson was allowed to rewrite the Italian mine’s marketing pamphlet, an internal memo reveals. Every reference to “asbestos” was removed.

As you would expect, Johnson & Johnson today disputes these allegations. A test at the Val Chisone mine, the company says, was conducted in 1972 and found no trace of asbestos at the property. At least, no evidence of chrysotile asbestos, the most common form of the mineral, was discovered. But in the 1972 report, F.D. Pooley, a Professor of Medicine at Cardiff University in Wales, goes on to note that “some tremolite was located, but was not asbestiform in character.”

Tremolite asbestos is one of the six types of asbestos and, just like chrysotile asbestos, has been known for decades to cause cancer. To complicate matters, F.D. Pooley also happens to be a former consultant for asbestos companies, Hazards Magazine reports. His work has long been criticized for being “pro-asbestos,” while leaving out major study results that link various forms of asbestos to cancer.

Who Can File A Mesothelioma Lawsuit?

With new revelations bringing into doubt whether or not Johnson’s Baby Powder and Shower to Shower were always free of asbestos, a group of plaintiffs’ attorneys has begun to investigate potential lawsuits on behalf of mesothelioma patients.

1Around 3,000 people are diagnosed with mesothelioma every year, but the illness itself can be caused by asbestos exposure that occurred decades ago. Most cases surface from 10 to 50 years after a patient’s initial exposure to asbestos. Thus people who were exposed to an asbestos-containing product years ago may just now be receiving their diagnoses. But legal action may still be possible.

If you or a loved one were diagnosed with mesothelioma after years of frequent talc exposure, contact our experienced product liability attorneys to learn more about your legal options today. Our lawyers offer a free consultation, so you can find the answers you deserve at no risk. Just call or fill out our contact form to get started. 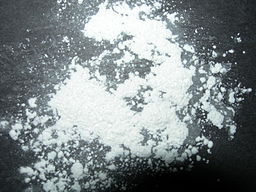