Menu
Close
HAVE YOU SEE THE COMMERCIALS?

Did you notice a TV commercial advertising resources like a “meso book” for mesothelioma patients and their loved ones?

Learn more about your legal options in a free consultation with our experienced asbesto attorneys. We can help begin your path to the future. Call now to learn more – at no charge. Learn more about a Mesothelioma Lawsuit.

Litigation Status: Active
Accepting Clients: Yes
Content Author: Laurence Banville
Edited By: Emily Smith
Published: 0505/2525/17171717
Fact checked on: 0505/2525/17171717Resources Cited in this Article
DO YOU QUALIFY?
(877) 671-6480
"The lawyers that form this alliance truly work on these cases and often take leadership positions on the steering committees that litigate them." - Laurence Banville

Did you see a TV commercial offering mesothelioma patients and their loved ones more information and support? Many of these commercials, which often reference a meso book, offer to send interested parties a free guide to the form of cancer known as mesothelioma, along with their treatment and legal options.

You don’t have to wait for a mesothelioma book to arrive in your mailbox to learn the answers to your most pressing questions. Our experienced personal injury lawyers are dedicated to providing mesothelioma patients and their loved ones with accurate, helpful information in a timely manner, no meso book required.

To learn more about your family’s options, contact The Product Lawyers today to speak with an attorney today. While our lawyers don’t produce any of the asbestos TV ads about meso books you may have seen on your local channel, we can help. Our consultations are completely free and entirely confidential. You have nothing to lose. Learning more about the road ahead of you and your loved ones comes at no cost and no obligation.

Mesothelioma is a rare form of cancer that begins in the mesothelium, layers of membrane that line a number of body cavities. The disease usually starts in the lining that surrounds a patient’s lungs, the Mayo Clinic reports, but it’s not the same as lung cancer. Cases of mesothelioma that begin in the lining around the stomach, heart and testicles are less common, but far from unheard of.

Like most other forms of cancer, there’s more than one type of mesothelioma. It all depends on where the disease begins to form, a fact that largely determines a patient’s symptoms:

These symptoms, as we’ll see in a moment, do not develop immediately after exposure to asbestos. In fact, the various types of mesothelioma can take decades to develop in otherwise healthy individuals. Unfortunately, once the disease has begun in earnest, it becomes highly-aggressive – and almost always fatal.

The Undeniable Link Between Asbestos & Cancer

Scientific researchers are unanimous in the knowledge that cases of mesothelioma are caused almost exclusively by exposure to asbestos, a naturally-occurring mineral used for years in numerous industrial applications. While most uses of asbestos are now strictly limited by federal law, millions of American workers were exposed to high levels of asbestos during the 20th century, as the fire-resistant material made its way into the construction, manufacturing, shipping and automobile industries.

We now understand completely that asbestos causes mesothelioma. In fact, exposure to asbestos fibers, asbestos-containing products and, in some cases, people who have worked regularly with asbestos, is one of the only known causes of mesothelioma. This isn’t new information. In reality, scientific researchers have understood the devastating effects of asbestos for over a century.

Who Is At Risk?

Asbestos fibers are remarkably resistant to heat. Strong and highly-insulating, the mineral was quickly adopted by numerous industries for its surprising physical properties.

Military service members were eventually surrounded by the deadly substance, especially those in the Navy, where asbestos became a fact of life. In fact, around 30% of all the mesothelioma victims who succumb to their disease are veterans, according to Military.com. That high percentage should shock and appall us. Veterans make up only 8% of the US population.

Workers throughout the construction industry have also borne the brunt of their industry’s former reliance on asbestos. Alongside its widespread use as an insulation material, asbestos became a common component of gaskets, pipes, drywall, flooring and even some cement pastes.

Electricians, pipe-fitters and plumbers may be living at the highest risk of developing mesothelioma, along with those who worked in the shipbuilding industry.

Tragically, thousands of Americans are diagnosed with mesothelioma every year. Most cases of mesothelioma are linked to occupational exposure, but many family members who lived with asbestos workers have also come down with the disease.

The cancer is aggressive, making early diagnosis and treatment extremely important. However, the disease also carries a surprisingly long latency period. In short, the amount of time between exposure to asbestos and the development of meso symptoms can be very long. In many cases, the symptoms will only appear twenty to fifty years after the patient’s exposure. That means many workers who retired decades ago are only being diagnosed with mesothelioma now.

Is There Help For Mesothelioma Patients?

Mesothelioma patients and their loved ones are not alone. While treatments for mesothelioma can be costly, financial compensation is available for workers who were knowingly exposed to asbestos by their employers. Throughout the mid- to late-20th century, hundreds of companies allowed their employees to work closely with asbestos for years at a time, despite substantial scientific evidence that the mineral caused cancer. Even as the medical evidence grew, these employers continued to use asbestos, going so far as to lie to their workers and the public about the risks of asbestos.

These companies are now paying for their wrongdoing. Beginning in 1973, workers who developed mesothelioma began to file lawsuits against their employers. Soon, they started winning those lawsuits. By 2002, around 730,000 mesothelioma patients, along with families who lost loved ones to the disease, had filed lawsuits of their own. Today, more than 10,000 corporate entities, from asbestos mining interests to construction companies, have been pulled into the litigation.

While no organization has been established to track the progress of mesothelioma settlements, estimates suggest that several billions of dollars in compensation have already been distributed.

Turns out that that amount is only the tip of the iceberg.

The asbestos litigation has grown so gigantic that many of the original defendants have now entered bankruptcy. As part of their bankruptcy proceedings, most of these employers were required to establish special trust funds, designed specifically to compensate the victims of asbestos exposure. Current data suggests that these mesothelioma trust funds currently encompass around $37 billion, money that has yet to be distributed to patients and their families.

Mesothelioma patients who developed the disease due to their employer’s wrongdoing are entitled to secure compensation from these trust funds. Most families use their asbestos settlements to pay for past and future medical expenses and wages lost due to the disease, as well as compensation for the pain and suffering that cancer has caused them.

How Can We Learn More?

You don’t need a meso book to find out more about your family’s legal options. Just call our experienced lawyers today for a free consultation. Speak with a real, knowledgeable legal professional now. There’s a lot that those mesothelioma TV commercials won’t tell you about the real asbestos litigation process. Our attorneys have the answers.

Again, you won’t have to pay us anything to get more information. We’ll evaluate your family’s case for free. In fact, our attorneys only work on a contingency-fee basis, which means you owe us nothing until we secure compensation in your case, whether that means a jury verdict or a settlement. 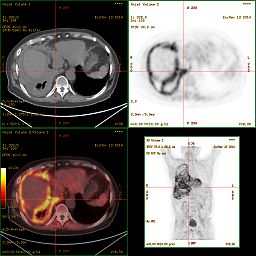